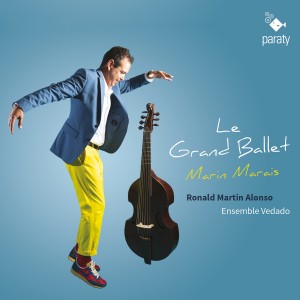 This third book, the object of the current recording, was printed in 1711 in many aspects is a break from the preceding first two.

To start, and most probably echoing a demand from Marais’ clients, he adds some simpler pieces for less skilled players. It would seem that Marais anticipated criticism for urging works on mere mortals that would be too difficult for them to play. A clue may be found in the preface to this third book (1711): “The large number of short and easy pieces I have included is proof that I wanted to satisfy the present circumstances so often reiterated since the publication of my second book.”

Having said this, they sit side by side with technically demanding pieces such as the Grand Ballet (track 27) from which the title of this album is taken.