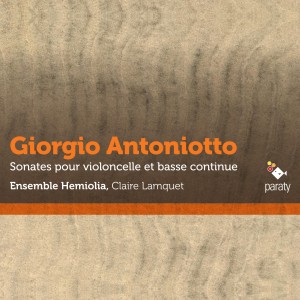 The discovery of works which are essentially unknown is always a special moment in the life of a musician, especially a curious one. In this case, all the more, since early 18th century solo cello repertoire is not terribly abundant. At the time, the instrument began to evolve from the lone function attributed to it for decades: the role of the bass.

May this recording pay tribute to a musician who lived a life worthy of a novel, and whose sensitive sonatas are the only palpable evidence of the originality and fantasy with which he continues to inspire us. (Claire Lamquet)