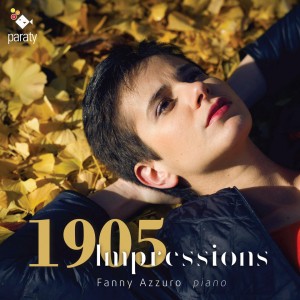 The 1rst years of the 20th century formed a period of rupture which overwhelmed the elds of thought and art. The increased speed of transport, with the possibility of changing the mental mapping of the world, allowed an opening towards sources of inspiration coming from far away (Asia, America, the Middle East, Oceania…). This Copernican revolution applied to every aspect of creativity and in ltrated the language of music, enhancing it through an undeniable harmonic regeneration. The development of means of recording and replaying music, as well as the impressions linked to the contemporary pictorial movement (that of the Impressionists) brought forth a profusion of images where composers found a source of inspiration without, however, bowing down to the power of the performance. This is how, around 1905, Maurice Ravel, Claude Debussy and Isaac Albéniz entered into correspondence (in the symbolic Baudelairean sense of the word) and responded to one another while disregarding any notion of hierarchy or the features of their own musical language.

A shock we’re still talking about since May! We will not end the year without 1905 Impressions of Fanny Azzuro! It brings together Ravel, Debussy and Albeniz in a fascinating game of mirrors and reflections. The pianist likes to confront inspirations (…) and brings a touching sensitivity and openness. Never heard.

The musical personality of Fanny Azzuro and her sense of narration seem to blossom fully in the third Iberia notebook, which evokes the popular neighborhoods of Granada and Madrid. His beautiful energy is based on a virtuoso and clear interpretation, including the difficult Lavapiès. Finally, there is tango in his way of playing the syncopation of the sobs of El Polo, in the structuring presence of the left hand, but also in the expressiveness of a single song to a voice or in unison (El Polo, El Albaicín), and generally in its calendars and rubatos.

Fanny has developed a fine palette of colors, a touch, a sense of nuances of beautiful expressiveness […] Fanny Azzuro testifies to a sensitivity, a sense of imagination, of suggestion, particularly touching. This is evident in her approach to the music of Ravel or Debussy, whose strength she is so apt to emphasize.

Fanny Azzuro has selected in these three cycles pieces that highlight her sparkling energy, which has gained mastery since his previous record, devoted to Russian music, we had already seduced. His proposal for Ravel’s “Alborada del gracioso” is lively and unadorned, far from the artistic vagueness in which many young pianists are lost, in the name of a pseudo “impressionism” of this music.