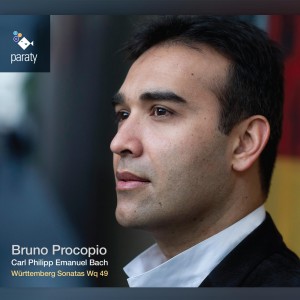 The truth of Musical Expression, According to Carl Philipp Emanuel Bach

A musician cannot move without being moved himself; it is indispensable that he himself feel the emotions he wishes to arouse in his audience; he must make them understand his own sensitivity to them to be able to share it. (III-13)

This final quotation is emblematic of Carl Philip Emanuel Bach; clearly his viewpoint went against that of his contemporary Denis Diderot, who held that actors must make the public feel emotions they do not feel, and therefore base their art on distancing. This would have been unthinkable for Bach, for whom sincerity was essential to convince and to move.

Although Baroque music is enjoying a renaissance of popularity – it floods the record business and concert halls – it is curious to observe that it still has difficulty emancipating itself from certain received ideas. The concept of “table music”, supposedly played in the background for an inattentive prince; musical works published by the dozen for dilettantes; thousands of opera seria that we imagine as victims of the epoch’s vain ideas, and its public’s superficial taste… It has become difficult today to persuade oneself that works from the 18th century truly sought out expressive depth. All things considered, no composer is better suited to brush aside this erroneous vision than Carl Philipp Emanuel Bach.

Temporarily setting aside his conductor’s baton, Bruno Procopio returns to the harpsichord to focus on CPE Bach’s six Württemberg sonatas. His virtuosity flows through each note with command and precision.

Bruno Procopio – playing a beautiful harpsichord by John Philips (Berkeley, 2000) – goes all the way: to him, CPE Bach is not a composer of salon music; Bach’s music should fill the acoustic. We haven’t forgotten the latest recording by Mahan Esfahani, rightly praised in these pages, who, observing fewer repeats, fits [all 6 sonatas] on a single album. But for the person who would like to buy the best Württemberg Sonatas, Bruno Procopio’s production has established itself as the most successful.

His Rameau with the Simón Bolivar Symphony Orchestra took our breath away. Returning to his harpsichord, Procopio tackles C.P.E. Bach’s Württemberg sonatas. The compositional style, instinctually pre-romantic, and strongly Germanic (at the time, French music is limited to the galant style) requires conviction, a sense of surprise, an appetite for expression that challenges the tradition of competent playing as an end in itself. To make the distinction one has to be an incomparable master of one’s instrument. Van Asperen – on Teldec – rose to the occasion in former times, with chaste solemnity. Today, Procopio joins him on that plateau, with seductive delight.

Here Bruno Procopio plunges us into the baroque bursts of pre-romantic surges of CPE Bach’s Württemberg sonatas. This work, a true emblem of Sturm und Drang applied to the harpsichord, recently enjoyed a vigorous interpretation at the hands of Mahan Esfahani (Hyperion). I believed it to be the definitive version.
But here comes Bruno Procopio – Esfahani’s equal in terms of virtuosity and imagination – and who avoids the pitfalls of mannerism. Because Procopio always thinks in terms of dance, he whips the instrument’s agile keyboard (built by John Phillips in 2000), taking Carl Philipp out of Sanssouci Palace and giving him an astonishing Scarlatti-like taconeo.
This heightened vitality, this brilliant speech holds you spellbound throughout the two discs necessary to accommodate all the repeats, animating them with stimulating verve all the while.

With expressive use of agogic accents, Bruno Procopio explores the possibilities of the special, beautiful sonority of his instrument, as well as the richness and the lively temperament of the new sensitive style.

Brazilian conductor and harpsichordist Bruno Procopio highlights the revolutionary character of the music, and invariably keeps the listener in mind. He is always looking for the next surprise, a sudden explosion. Just as effective are the brilliant virtuoso’s pauses, the changes he makes without losing the quiet flow in the slow movements.

Bruno Procopio performs the six Württemberg Sonatas with verve. There’s a lot to enjoy in this set, with Procopio’s fleet-fingered touch doing much to highlight Bach’s unique compositional style. Particularly enjoyable are the exquisitely phrased slow movements of each piece – listening on headphones is a real treat…definitely worth hearing.