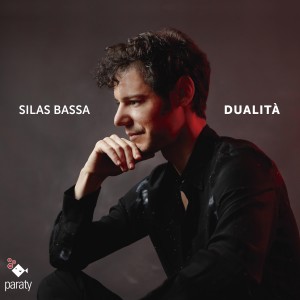 Dualitá is the fusion of 17 works – five of which are my compositions – born of a single energy, thus creating unity.

Inspired by my first album Oscillations, I wanted to explore my creativity with respect to the dissonance between opposing and complementary elements, which represent duality.

Olivier Messiaen’s “Le regard du Père” opens this disc. The “Thème de Dieu” places man in front of the immensity of the universe and the questions which the unknown stirs within him. “Kleinstücke”, my first composition, attempts to respond to this. “Santa Fe” surprises us with its circular movement, which oscillates between existential anxiety and desire; it’s akin to life getting underway. Gorecki’s sonata, the central piece, an astounding frenzy, expresses the division and clash of opposites, which transform amidst chaos.

“Le Gibet”, an excerpt from Maurice Ravel’s “Gaspard de la nuit” (inspired by Aloysius Bertrand’s poem), opens the second part of the disc with the theme of death. It is in this despair that “Réminiscence” arrives, a reconciliation between darkness and light. A disquieting serenity permeated with dread unfolds in “Eternità”.

My final composition, “Into the rush”, expresses – hopefully and forcefully – the moods experienced up to the present and the perpetual search for equilibrium, in order to attain the non-duality within us: our true nature.