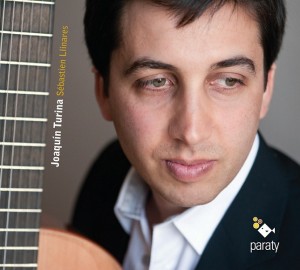 Joaquín Turina and the guitar, by Rafael Andia

Joaquín Turina belongs to this category of musicians, too sparse in my opinion, that already left its mark on History and that, instead of treating guitar with disdain, has written for it with a certain assiduity. Unlike so many composers, otherwise excellent, he ‘hears’ the guitar, he is even the first to hear its open strings, like Kodaly has been the first to hear those of the cello. In Turina’s music, there is also an adequacy between style and musical thinking on one side and the instrument on the other; bordering on the famous balance that defines true classicism.

Turina was born on the 9th of December 1882 in Seville. It’s probably a cliché to say “rarely a place of birth has had such a meaning in one composer’s work” (Jose Luis Garcia del Busto in Turina, Espasa Calpe, Madrid, 1981). Yet, the musical and pianistic training received by Turina in his hometown couldn’t be further from Andalusia, as evidenced by his first concerts: Thalberg, Weber, Beethoven, Schumann, Wagner. German music along with Italian Opera is the only ‘possible’ and respectable music for Spanish provincial middle class of the end of 19th century: no Spanish music, ancient nor modern, let alone Andalusian. The footprint of Seville, if there ever was one, will rather be exercised through the very strong religious sentiment impregnating the composer’s personality. Aged 16, he joins the Brotherhood of the Passion of Jesus, one of those typically Sevillian ‘clubs’ parading in the streets during Holy Week – Brotherhood for which he would later write music. The everlasting strength of this almost innate religious feeling will widely contribute to the balance of his life and career, as well as deeply impregnating his aesthetical choices.