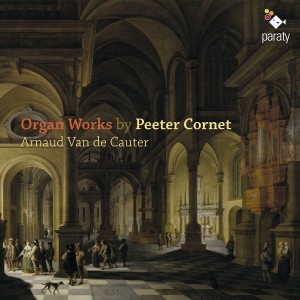 The organ at Orp-le-Grand
One of the main features of the organ at Orp-le-Grand, built in 2009 by the Thomas Organ Manufacture in the style of seventeenth century southern Netherlands, is its ascending and expressive voicing as well as the variety of registers which can both sing solo and develop a wide range of sounds with different timbers and characters. This particularly rich sonorous ensemble, on two keyboards and an independent pedal, allows us to hear with great pleasure the complexity of the polyphony and the finely chiselled writing of Peeter Cornet, whose music reflects Italian and Spanish influences. The question of whether or not Peeter Cornet played on an organ with an independent pedal in Brussels is a valid one. But the Trumpet 8 and Flute 2 of the Orp-le-Grand pedal allow to highlight in a particularly adequate way some of the thematic entries, especially in the fantasies, in the manner of Scheidt or Sweelinck. Finally, the keyboards of this organ, built with subsemitones and 14 diatonic half tones per octave (instead of 12), give the choice of playing Eb or D#, G# of Ab. This way of building keyboards was described, amongst others, by Marin Mersenne in his Traicté de l’Orgue (1635), and allows to widen the sound possibilities of the instrument with its mesotonic temperament, based on pure major thirds.