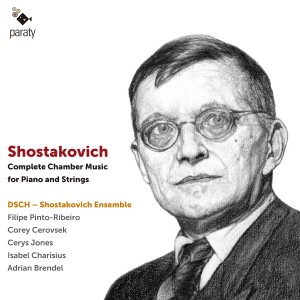 While underlining Dmitri Shostakovich’s importance in the history of music, the musicologist Lev Mazel wrote: ‘if human culture does not die out, the life and personality of Dmitri Shostakovich will be studied in depth for centuries and centuries. Just as every detail concerning Beethoven attracts the attention not only of specialists, but a great number of layman, every detail of the life and work of Shostakovich will be of interest to posterity’. So, what do we know of the life of Shostakovich? That it was full, agitated, under constant public judgement and without any slowing of creative output until the end. A few friends and family members could experience an image of him as an engaged citizen assuming his civic responsibilities but also, most importantly, an image of a citizen engaged with and devoted to his art like few others. This image began to be modified after his death as soon as his memoires, journals and diaries started to be published, a process which increased and developed during the post-Soviet era. This contributed to a re-evaluation of Shostakovich during the period following the Cold War and, more generally, of the whole phenomenon of Soviet culture. The posthumous reception of Shostakovich and his music, beyond expanded recognition of his artistic value, became the object of unflagging fascination on the part of musicians, musicologists, journalists and the general public. Even today, we witness great debates on the extra-musical content of his work, particularly the autobiographical fingerprint that Shostakovich explicitly inscribed in certain pieces –for example, his eighth String Quartet, the tenth Symphony, the first Concertos for Violin and Cello and the Sonata for Violin and Piano–, by imposing an occult musical signature. The famous musical motif DSCH which corresponds to the first letters of his first and last names, which correspond to musical note names in German: Dmitri (S)CHostakovitch = DSCH = D, E flat, C, B. On 5 January 1944, Dmitri Shostakovich wrote in a letter to Antal Molnár: ‘Chamber music requires of the composer the most perfect technique and the greatest depth of thought. I would not be too far from the truth if I affirmed that, sometimes, behind the “sparkle” of the orchestral sound is hidden a lack of imagination. Composing chamber music pieces is, for me, significantly more difficult than composing orchestral works…a lack of depth in the thought process in chamber music is simply intolerable’. [….]

Collating Shostakovich’s chamber works with piano has been done (surprisingly?) seldom, though the Kalichstein-Laredo-Robinson Trio tackled most of this repertoire three decades ago for Arabesque. Those recordings – particularly the duo sonatas – were characterized by spacious tempos and a striving for profundity of the period when this music became synonymous with soul-searching and as a harbinger of the Soviet Union’s eventual demise.
Those who still favour such interpretation may well be nonplussed by what is on offer here. Formed in 2006, the DSCH – Shostakovich Ensemble comprises musicians of the younger generation who, in these works at least, favour a taut and objective though never casual or facile approach – witness the stealthy accruing of momentum in the Fugue of the Piano Quintet; the ardency of its Intermezzo duly carried over the Second Piano Trio, whose propulsive Scherzo and elegiac Lento are rounded off by a finale which draws its Jewish inflections into a lithe yet cumulative entity the more affecting when shorn of affectation.
Turning to the duo works, Adrian Brendel has the measure of the Cello Sonata – whether the taciturn manner of its opening movement and rapt pose of its Largo or the effervescence of its Scherzo and finale. The Violin Sonata has long been considered among Shostakovich’s more intractable pieces but Corey Cerovsek brings out the bleakness of its opening Moderato and ensures the Scherzo’s rethoric never becomes hectoring, before delineating the variations of the Passacaglia with a palpable sense of their formal and expressive unity. Isabel Charisius evinces comparable insight in the Viola Sonata (the composer’s swansong) as it unfolds from the speculative unease then sardonic humour of its initial two movements to a closing Largo which, whatever the nature of allusions real or imagined, conveys an undeniable benediction. Here, as also in the impulsive early First Piano Trio and wistful elegance of the posthumously published Moderato, Filipe Pinto-Ribeiro contributes pianism as deft as it is perceptive. The sound is lean and keenly focused, in keeping with these performances, and there are extensive booklet notes. Anyone who is interested in current Shostakovich interpretation should certainly hear this set. 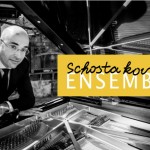