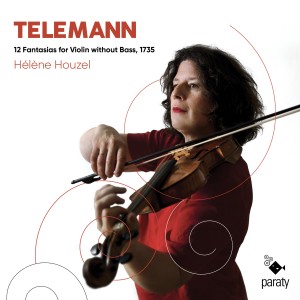 Telemann’s fantasias for the violin were published in 1735 in Hamburg amid a proliferation of similar works published between 1732 and 1735: 12 fantasias for the flute, 12 for the viol, 36 for the harpsichord… Even for a composer as prolific as Telemann, 72 fantasias in 4 years is impressive!
While the flute fantasias have often been played and recorded, the violin fantasias have been overshadowed, suffering no doubt from their proximity to J.S. Bach’s sonatas and partitas. Some have considered them minor works, simple, regarding them with a hint of contempt… music for conservatory students.

Yet their modesty is not indigence, nor their levity poverty. These short works (between 5 and 8 minutes long) are highly effective. They are so varied that it seems difficult to find the general principles of composition, as much in terms of form as of key. Diversity and freedom seem to have been Telemann’s only guides. The 12 fantasias feature 10 different keys ranging from F minor to E major, that is from 4 flats to 4 sharps: It is almost impossible to create more tonal colours over an entire cycle! 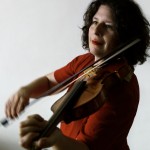