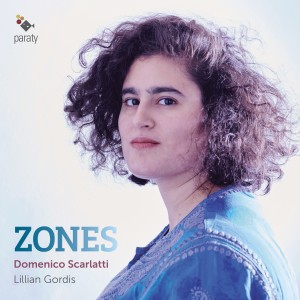 A zone is an area, a space, a section. Physical, geographical, psychological. A zone is defined – or perhaps defines itself. One zone can commit frottage with another. There is no obligation for fluid movement from one zone to another. How do you talk about music that is self-defined? Why do you talk about music that is self-defined? Domenico Scarlatti’s sonatas, a singular and unique corpus of some 555 keyboard pieces that range from the naïve to the deranged (often within the confines of a single sonata) could be compared to a variety of concepts outside music. Musically, however, it is particularly difficult to analyze and describe the mechanics of the obsessive, magical, redundant or absurd. I believe that you, reading and mostly, I hope, listening to this object, will understand within a few phrases (musical or textual) that I don’t talk about the music. Honestly, even when I am playing, I am not really talking about music. The music speaks or paints or dances. I undergo whatever contortions necessary to make it work, until I am in the zone. There are free-association poems by Guillaume Apollinaire that read beautifully like Scarlatti sonatas; pieces by Maurice Ravel mimicking the repetitive suspension of time that architecturalizes this repertoire; pliage comme méthode by Simon Hantaï; or dripping by Jackson Pollock (if you want a refresher, google the images!) that match the static electricity of unrelated, looping cells of tonal tension. Zones, you know.

Oh ok, so each sonata is a zone? Girl wants to be conceptual – who needs Tumblr, right? No no no, zones last a bar, two bars, five repetitions of the same phrase. I mean, it is hard to predict. I think that is the point, actually. When you are in the zone, it doesn’t matter.

When you change zones, Domenico doesn’t care if you would like time to shift, k thx bai. It shifts. Because he said so. I don’t even think it is capricious. Just…wrong. The zones are volcanic, dull, annoying, beautiful, rigid, incoherent.

Recording is itself a uniquely fragmented process. I only have snapshot memories of it. Darkness, the few hours of the night when it is quiet, splashes of light when you go listen in the back. Disembodied voices talk to you in snippets. You are in the zone. They are the zone. I don’t think there is better music for a first recording precisely because the music itself is the image of the medium: spliced. Who writes music that splices itself? A number of arguments have been written about Scarlatti’s personal and artistic disjointedness. I don’t talk about composers either – I don’t know Domenico personally.

The sonatas are spaces on the page, shifted barlines, broken records. They are headspaces that shouldn’t follow suite, where abrupt silence and run-on confusion mix and match almost like experimentations in schizophrenia. I think you have to almost embrace dysmorphia, discomfort with the self and the boundaries of a space-time continuum to take the thin line off the page and submerge, breathless, in 80 minutes of Scarlatti.

Get in the zone.

“Gordis’s distinctive and sensitive technique brings into relief the strange mixture of sonorities, variety, monotony and violence of Scarlatti’s sonatas by drawing on numerous performance traditions (…) At a time when the future of early music seems to be at a crossroads, Gordis reveals how much we have yet to discover about Scarlatti and the harpsichord.”

“Gordis’s distinctive and sensitive technique brings into relief the strange mixture of sonorities, variety, monotony and violence of Scarlatti’s sonatas by drawing on numerous performance traditions (…) At a time when the future of early music seems to be at a crossroads, Gordis reveals how much we have yet to discover about Scarlatti and the harpsichord.”