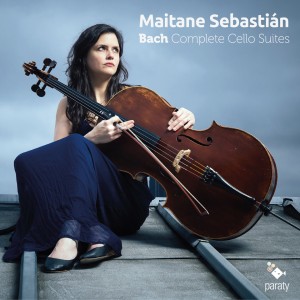 Architectural and contrapuntal, Bach’s mathematical and organic poetry will have been able to travel highly through time, inspire all sorts of currents and instrumentations. In his Suites for solo cello, whereas he was a violist and organist, already a famous improviser and composer, in a period of his life when the liturgical circumstances of his employment did not give rise to purely instrumental commissions, it can be assumed that the simple pleasure, the personal freedom, the challenge of imagining, for a monodic instrument, a polyphonic music where the missing parts are recreated by the listener, or else the curiosity of exploring the possibilities of the cello are as many reasons which have been able to make him compose them. A music that flows like a stream, with the natural bouncing of a ball and the geometrical magic of a fractal nature, a music which, with Casals, thirty years ago, just started to kindle my passion for this art. Furthermore, in these versions, I have chosen to follow Anna Magdalena’s so personal manuscript as scrupulously as possible, by way of searching the naked spurting of one source, whatever it is, unadorned, for it to be beyond everything – six suites of dances for six unique universes, so much for their characters as for their tonalities, just like six parts complementing one another with a same unfathomable spirit of variety. I think that genius must sometimes have exhilarated Bach in his search of the source – Bach, that man who suffered in silence, who lived through regular tragedies with the deaths in his family, the toughness of his relentless work causing his blindness, and that hope maintained by the adulation of the Eternal and the doubts which go with it. The greatest possible freedom in the constraint of his language is an unlimited pursuit with multiple and timeless savours which keep filling me with wonder, as if becoming a look tended to replace the fact of being in action, by the simple and pure strength of the musical text: it is all there. 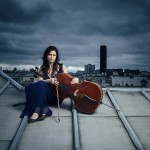