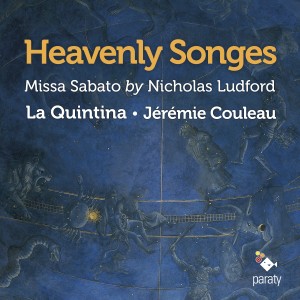 The life of Nicholas Ludford (ca. 1490-1557), also styled Nycolace Ludfoorthe, is no mystery today. This son of a musician from the Fraternity of St Nicholas was destined from a young age to a distinguished career in music. Unlike other musicians of his time, who set off to develop their curriculum vitae in distant lands, our composer made his way within the very restricted confines of Westminster, the political and ecclesiastical centre of London and of England during the Renaissance. While Nicholas Ludford benefits today from renewed interest, notably thanks to the works and recordings of David Skinner, some of his works are yet to be discovered. Less exuberant than the masses Lapidaverunt Stephanum or Benedicta, the Lady Masses, dedicated to the Virgin and designed to be sung in the small chapels of great ecclesiastical institutions, are attractive in their singularity. Among the eleven extant complete masses by Nicholas Ludford the unusual musico-liturgical interest of the seven masses contained in British Museum MSS Roy. App. 45-48 has singled them out for especial attention. For instance, they comprise the only complete system of daily votive Masses of the Virgin remaining in English music; they include Alleluias and Sequences of which English music has all too few in polyphonic settings; they are based on cantus firmi of quite remarkable interest belonging to a special repertory which has come to be known as “squares”; and they are of a type known as alternatim in which sections for a soloist alternate in performance with sections of three-part polyphony. The implications of the last two features combine to make the matter of performance something of a problem, for it is the curious character of the “squares” as soloist’s material which first raises doubts as to their intended mode of presentation, whether they were to be sung, or played on the organ either monophonically as they stand or as cantus firmi for improvisation.