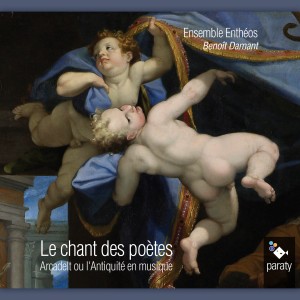 The intitial aim of this composition was to celebrate the 800th anniversary of the Paroisse Notre-Dame de la Chapelle, one of the most important Gothic churches in Brussels. From the earliest stages, it seemed essential to recall, musically, the 13th century and to confront it with our own contemporary musical practice. This is why, along with the Psallentes Ensemble, we researched Gregorian chant manuscripts, the liturgical music which may have been sung at the beginning of the 13th century in this precise location, the Église Notre-Dame de la Chapelle. As the church was associated with the diocese of Cambrai, our research led us to Cambrai’s municipal library. We chose the First Vespers of the Assumption, as they appear in the Antiphonarium ad usum Cameracensis ecclesiae (1235-1245).

The title, Tota pulchra es, amica mea[1], is drawn from the first antiphon of this office; the text is a fragment of the Song of Songs (4:7). The manuscript also includes the full series of antiphons and hymns associated with this office. Further, it indicates specific references to the Psalms associated with these antiphons. All of the plainsongs are used in this particular version of the original document. Together, they constitute the first part of the concert. But this musical material could not be used without finding a way to integrate the plainsongs into the overall form. […..]