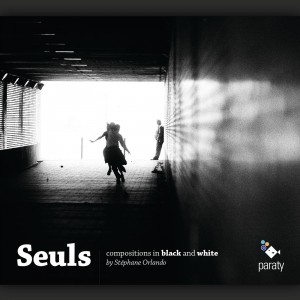 The subject of Doubles is “Multiple Personality Disorder” (MPD). Troubles unfolds in the manner of a “Personality with Multiple Disorders” (PMD). De-doubles reimagines the four musicians as “Disordered Multiple Personalities” (DMP). Thus, the first three movements are each conceived from three-letter combinations: MPD-PMD-DMP. The goal is to find a musical corollary; the material revealed in the first movement is seen scattered across the other two, but takes on different meanings. Everything is transformed…

On stage, images by photographer Laurent Thurin-Nal flood a huge screen, acting as a visual backdrop for the show’s first three sections. In the final movement, the viewer experiences a veritable reversal of perception, thanks to a short photomontage film entitled Yalnız. The audience’s attention shifts from the aural (a concert) to the visual (a cinema-concert), and each spectator constructs his or her own narrative.