The complicity uniting Perceval Gilles, Sarah Sultan and Pierre-Kaloyann Atanassov since the trio’s formation in 2007 stems from a common state of mind based on shared values: integrity, artistic demands, musical curiosity, human simplicity and a deep sense of sharing. Their demanding nature was acknowledged by the great masters of chamber music who coached the three musicians during their formative years in prestigious European institutions (Conservatoire de Paris, Vienna University, European Chamber Music Academy). According to Christoph Richter, for example: “The trio’s interpretations are built on constant research, incessant work and clear personal ideas about the works that make up their repertoire.” The craftsmanship of the three musicians, along with their unanimously praised clarity of purpose, enabled them to stand out in major competitions around the world. After coming first in the Frankfurt and Graz competitions, the Trio Atanassov earned awards in various renowned piano trio competitions including Osaka, Trondheim, Vienna (Joseph Haydn) and Weimar (Joseph Joachim). These awards became the building blocks of a career which has seen the trio perform all over Europe, from the Vienna Musikverein to the Alte Oper in Francfort, through the Wigmore Hall in London, the Ars Musica Festival in Brussels, the Sofia Philharmony or the Radio-France Festival in Montpellier as well as the Cité de la Musique in Paris. The trio’s concerts are often broadcast on European radio (stations include France Musique, ORF, HR2, RTS Espace 2, Musiq’3, BNR) and their first record (Smetana/Dvořák, Hänssler Classics 2013) garnered them a Diapason d’Or. Thanks to their insatiable curiosity, the three musicians have crafted a particularly diverse repertoire, from Haydn’s first Trios to contemporary compositions. This eclecticism enables the trio to arrange programs in which works from various time periods echo each other through a common theme. 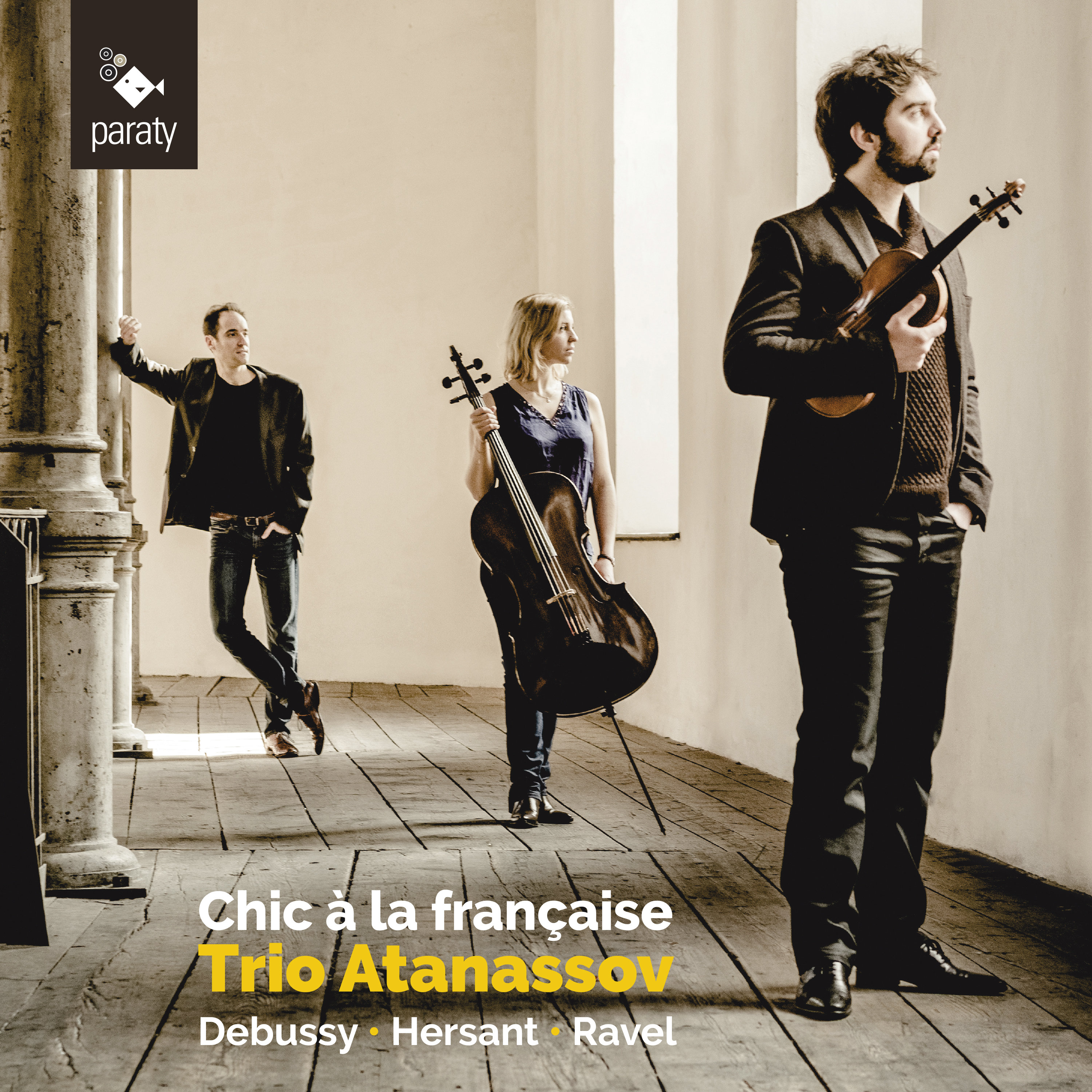