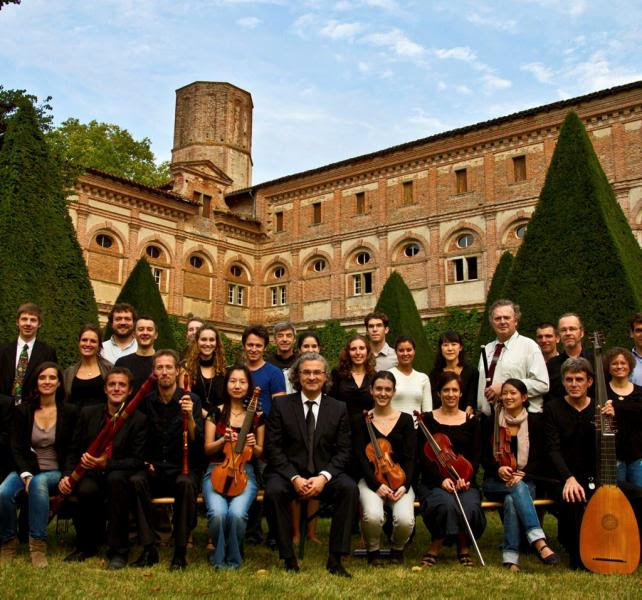 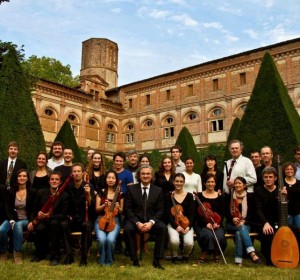 Created in 1996 by Rolandas Muleika, its artistic director, the Antiphona Ensemble promotes a vast vocal repertoire and endeavours to (re)discover some forsaken though remarkable works dating back from the Gregorian period up to the 19th century. The Antiphona Ensemble devotes all of its voices to serving early types of music from Perotin’s polyphonies and Monteverdi’s madrigals  to the finest  pages of Baroque music all over Europe. Among its latest ‘coups de coeur’ stand out  Bernard-Aymable Dupuy and  Joseph Vallette-de-Montigny the talented composers  who used to live in Toulouse as  well as  Czech composer  Jan Dismas Zelenka whose emotional expression  is close to Bach and Mozart’s. Eager to promote the musical heritage of their region, Rolandas Muleika and the Antiphona Ensemble have devoted the largest part of their yearly programming to Villefranche-de-Rouergue’s manuscripts for quite a few years. This collection of unpublished archives of outstanding musical quality, totally forgotten and bound to disappear, is being minutelyrestored and preserved. Thanks to its musicological and stylistic expertise, the Antiphona Ensemble can revive musical pieces by performing them aptly with respect to the specificities  of each period, each place or each composer. But the Antiphona Ensemble is also determined  to re-interpret this early music repertoire by blending it with contemporary pieces or pieces taken from the traditional repertoire. Thus the Ensemble re-creates some musical forms while modernizing them at the same time.  For instance, a contemporary piece on the theme of the Way of Saint James especially composed for us  or a new version of the first act of Monteverdi’s Orfeo with  a percussion ensemble are part of next season’s programme. 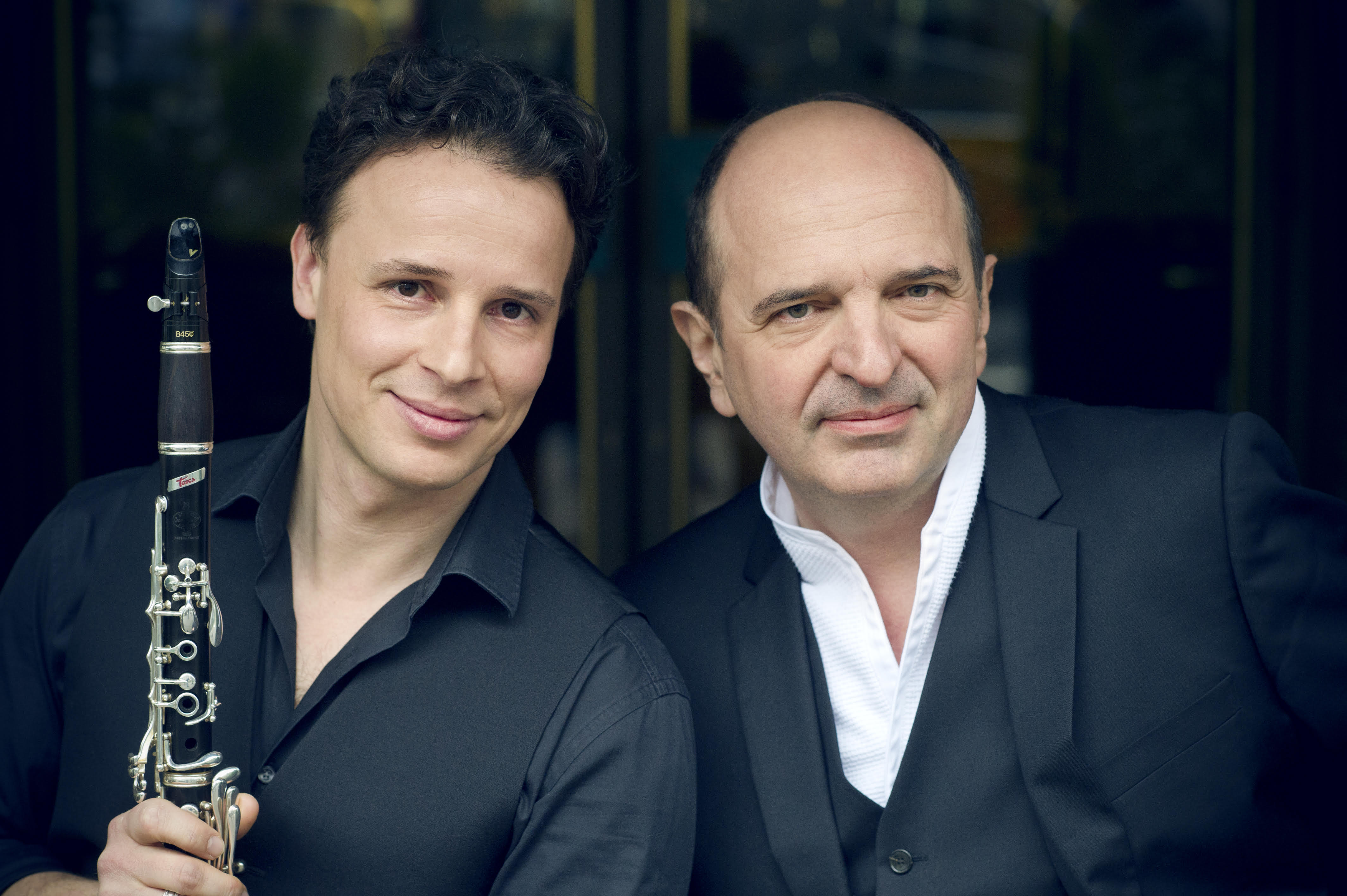 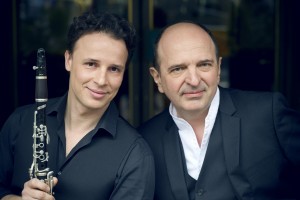 After studying in Geneva and Paris with teachers of the eminence of Thomas Friedli, Pascal Moragues and Michel Arrignon, Jérôme Comte was noted at several international competitions in Paris, Prague and Munich and was awarded scholarships by the Meyer Foundation for cultural and artistic development and the Foundation d’Entreprise Groupe Banque Populaire. In 2003, he became the first young musician to be sponsored by the Charles Cros Academy. Jérôme Comte embarked on a career as chamber musician that has taken him all over the world. Among the internationally acclaimed orchestras with which he has performed are the London Symphony Orchestra, The Mahler Chamber Orchestra, and the Ensemble Intercontemporain, which he joined at the age of 25. The following year he performed Yan Maresz ‘s Éclipse for clarinet and ensemble under the direction of Pierre Boulez at the Festival d’Aix en Provence. In 2009, he again appeared with Boulez in Elliot Carter’s Clarinet Concerto during a tour of major european concerts halls. He recorded the work for Alpha Classics in 2016 with the Ensemble Intercontemporain under the direction of Matthias Pintscher. In 2010 he was invited to perform Boulez’s Dialogue de l’ombre double on the occasion of a retrospective of the composer at the Louvre. Since then he has regularly played the work. Among significant milestones in Jérôme Comte’s career have been his performances of Unsuk Chin’s clarinet Concerto under the direction of Matthias Pintscher at the New World Center in Miami and Hans Werner Henze’s Le Miracle de la Rose at the Cité de la Musique-Philharmonie de Paris.

He won several international prizes, such as the competitions of Lisbon and Zurich, and the Concert Artist Guild Competition in New York and the Cziffra, Lavoisier and Menuhin Foundations, and finished his studies with György Sebök in Bloomington, Indiana, where he received the Artist Diploma.

He has been awarded several times for his recordings of Liszt’s 19 Hungarian Rhapsodies, receiving the «Choc du Monde de la Musique», «Classica Award» and the Prize of the Franz Liszt Association.

He is also very interested in rare music and had great success with the world première of Joseph Marx’s piano music. In march 2008, his recording dedicated to Jean Wiener’s music was awarded by a Diapason d’Or.
Numbers of composers have written for him, such as Régis Campo, Jean-Philippe Bec and Guillaume Connesson.

Denis Pascal has been lately appointed piano teacher at the Conservatoire National Supérieur de Musique of Lyon in January 2010, then of Paris in may 2011.