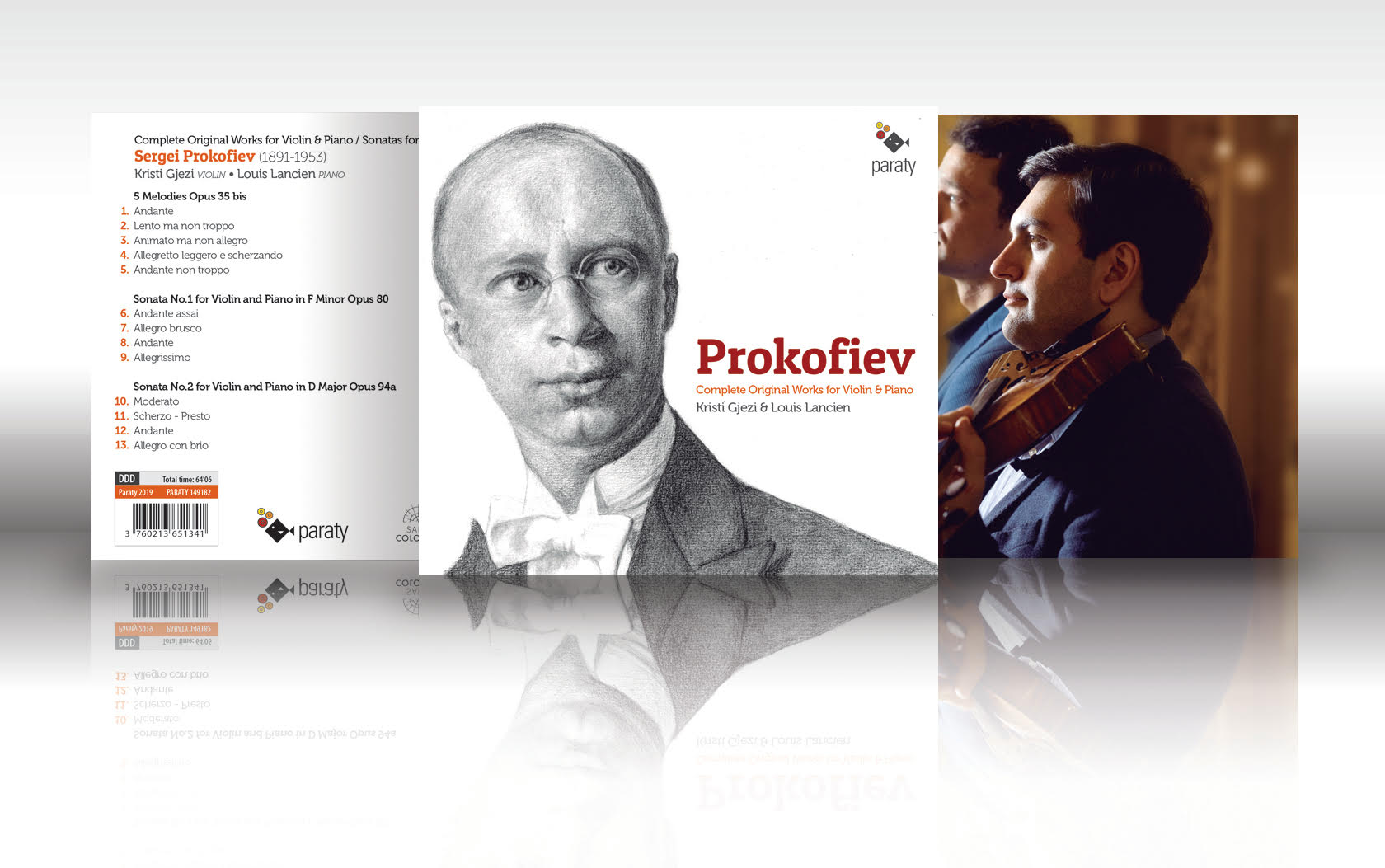 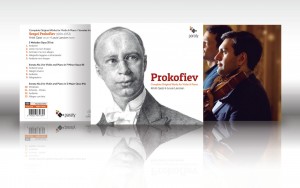 The famous Russian composer, Serge Prokofiev, is here on the menu, with three chamber works for violin and piano. The musicologist, Pierre-Emile Barabier, recently deceased, underlines with pertinence that: “Starting from 1933, and up to his definitive return to the USSR in 1938, Prokofiev progressively became a musician who was basically classical in form, profoundly imaginative harmonically, capable of motorically implacable explosiveness as well as an ineffable and “innocent” lyricism which were the glory of his “Soviet” ballets, Romeo and Juliette, and Cinderella. His youthful causticity and iconoclastic verve made way for an epic inspiration which make these “war” scores invaluable. In chamber music, he was only looking for difficult “challenges,” instrumental experiments, all the while attaining masterpiece status for his Sonata Nº1 for Violin and Piano Op.80.” And it is this work we hear on this disc, along with the Sonata Nº2 for Violin and Piano Op.94a, as well as the 5 Melodies Op.35 bis. Violinist Kristi Gjezi and pianist Louis Lancien share the same sense of musical discourse and their engagement is not the smallest plus of this remarkable CD. Colors, nuances, dynamics, and phrasing are masterfully and abundantly intoxicating. In short, this is a great discographic surprise by two artists whose careers need to be followed. 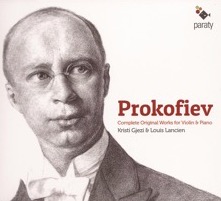 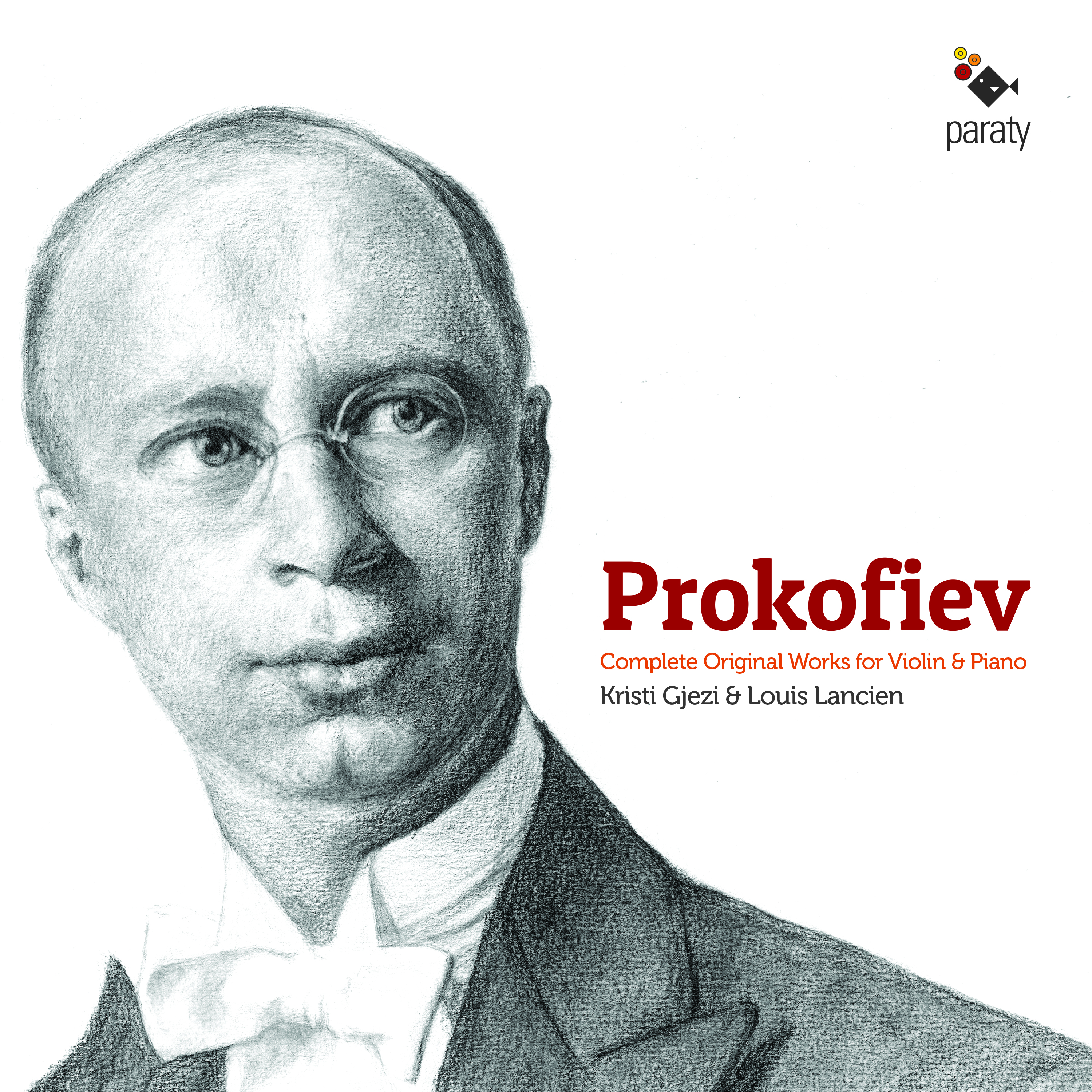 Kristi Gjezi started playing the violin with his father Spiro Gjezi. After studying at the Conservatory of Bordeaux, he joined CNSMD Paris at the age of 13 in the class of Patrice Fontanarosa. In 2005, Kristi Gjezi won the 1st prize at the International Violin Competition of Avignon (France). In 2007, he won his degree as honour student unanimously by the jury and then joined the advanced course in the classes of Jean Jacques Kantorow and Svetlin Roussev.

Regular guest on France Musique (invited on the emission Gaelle Legallic «Dans la Cour des Grands»), Kristi Gjezi was also supported by Natexis Banque Populaire Foundation and received a G.B Guadagnini violin of 1784, lent by the Zilber Foundation from 2007 to 2009. He also had the opportunity to play a Gagliano 1703 lent by the same foundation a year later.

Louis Lancien was born on 10 December 1989. He began studying the piano at age six with Michael Wladkowski, at the Conservatoire of the 18th arrondissement in Paris. In October 2000, he entered the Angers Regional Conservatory in Hélène Desmoulin’s class, and obtained his diploma two years later. In 2002, he enrolled at the École Normale de Musique de Paris under Michael Wladkowski. In April 2003, Lancien was awarded the “Excellence Prize” at the Angers Regional Conservatory, and in September of the same year, he completed his first year at the Paris Conservatory. He was awarded a Bachelor’s in performance (“prix”, or DFS degree) in June 2007, with the highest score of all piano graduates, as well as

a degree in harmony, which he studied with Yves Henry. Lancien began studies in chamber music with Itamar Golan in 2007 and continued in 2008 with Claire Desert and Ami Flammer. He began his Master’s degree in September 2008 with Brigitte Engerer at the Paris Conservatory

(CNSMDP), and at the same time won the Blüthner prize. Lancien was a scholarship student in 2009 at the École Normale de Musique de Paris for graduate studies with Michael Wladkowski. He was the sole laureate of the “Banque Populaire” foundation (NATEXIS) in June 2010.

Lancien returned to the École Normale to pursue a “Concert Performer’s Diploma” in Michael Wladkowski’s class, and was awarded a scholarship from the Zaleski Foundation for 2010-2011. He completed the concert performer’s diploma in April 2011 and subsequently obtained his Master’s in Accompaniment at the Paris Conservatory. He was appointed pianist at the Paris School of Dance and Opera in September 2016.

In 1999, he played at the Minsk Opera with the conservatory orchestra of Paris’s 18th Arrondissement. In 2001, he was invited by the Jeunesses Musicales de France to play the role of “Mozart” at the Théâtre des Champs-Elysées, for thirty performances. In 2003, he was invited by French Minister of Education “Luc Ferry” to play in a broadcast on France’s Channel 2 television. In 2005, he portrayed Mendelssohn at the Théâtre Mogador with the Paris Orchestra.

In 2008, he had the opportunity to play a sonata recital at the Petit Palais, which was broadcast on France Musique, Radio France’s classical music network. In 2011, he gave a solo recital on France Musique.

Lancien has been invited to numerous festivals: The “Boulogne-sur-Mer International Festival”, the “Festival International de l’Enfance”, the “Chopin Festival” in Nohant, the “Festival Ars Terra”, the “Liszt Festival of Chateauroux”, the “En Artois” festival, and the Dinard Festival. He has taken part in master-classes with Jacques Rouvier, J.P. Collard, J.C. Pennetier, A.R. El Bacha and Giovanni Belucci. 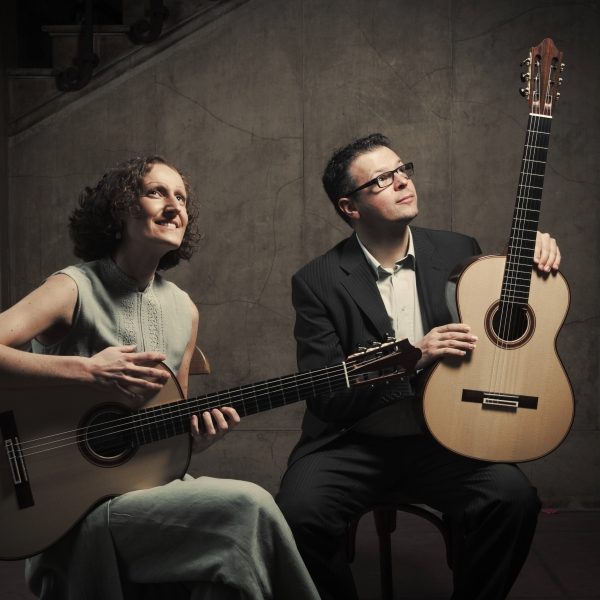 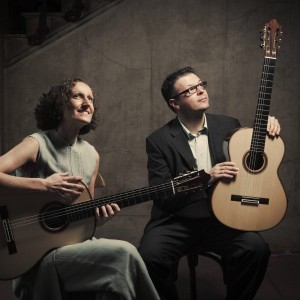